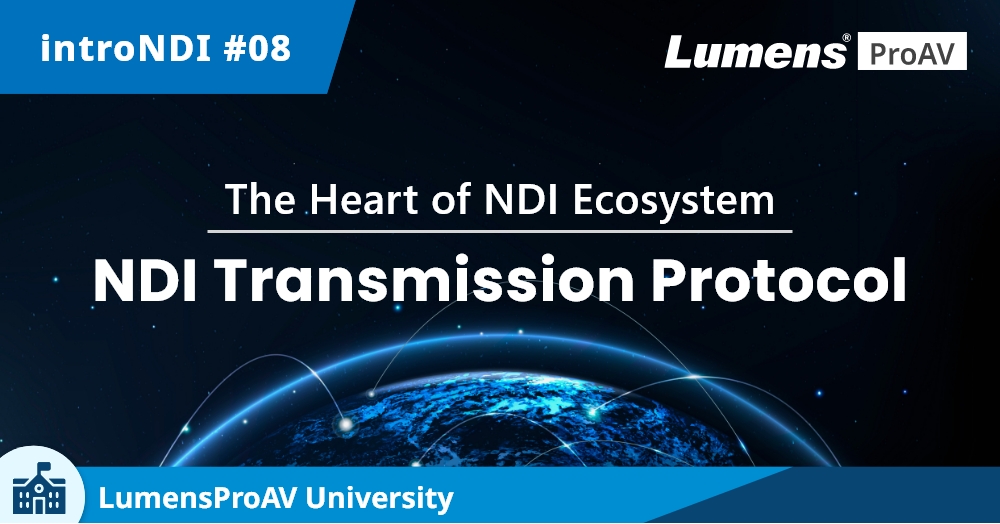 In the previous article, we talked about NDI Ecosystem consists of four categories. The NDI transmission protocol is fundamental to the whole ecosystem. This article will discuss how NDI transmits the video over IP.

In general, NDI uses a "codec" to compress video signals, making it possible to transport them over the network in real-time and then decompress them at the destination.

Understanding the importance of data rates is essential. All networks are defined by their bandwidth, and the amount of data traffic they can support at any one time. For example, a single compressed stream of video can be transported on a 100 Mbps network, but multiple streams would require a Gigabit (1000Mbps) network, or even a 10 Gigabit infrastructure.

In contrast, NDI|HX (HX stands for High Efficiency) runs at greatly reduced bitrates and can work on unmanaged environments such as the public Internet, or networks where bandwidth may be limited. NDI|HX is the best option for most users, delivering high-quality video, minimal latency, and low bandwidth consumption. 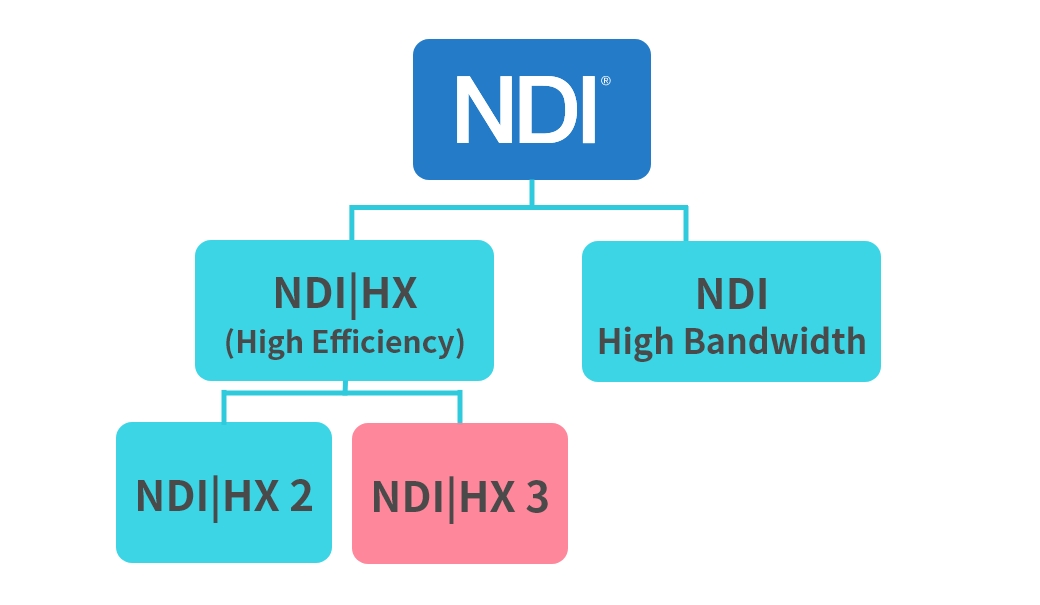 With the arrival of HX version 3, performance users have a new option. With NDI|HX3, users will see an increase in bitrates, an improvement in image quality and a reduction in latency. Where bandwidth allows, HX3 settings can be changed to enhance image quality, and minimize latency.

When it comes to NDI|HX3 and NDI|High Bandwidth, both are good formats, and the differences are actually more subtle that many believe. Below, we discuss in aspects of image quality, latency, cost, and remote production.

NDI high bandwidth uses the SpeedHQ image compression algorithm that has been around for more than 10 years. NDI|HX3 uses a newer generation of compression technology that produces truly excellent results. Both provide visually lossless images of broadcast quality. 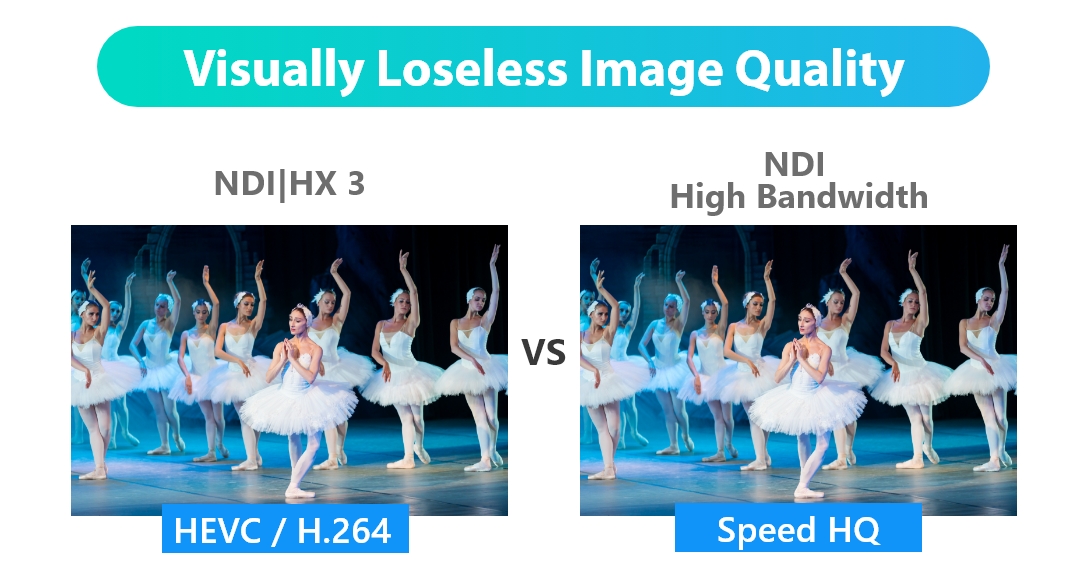 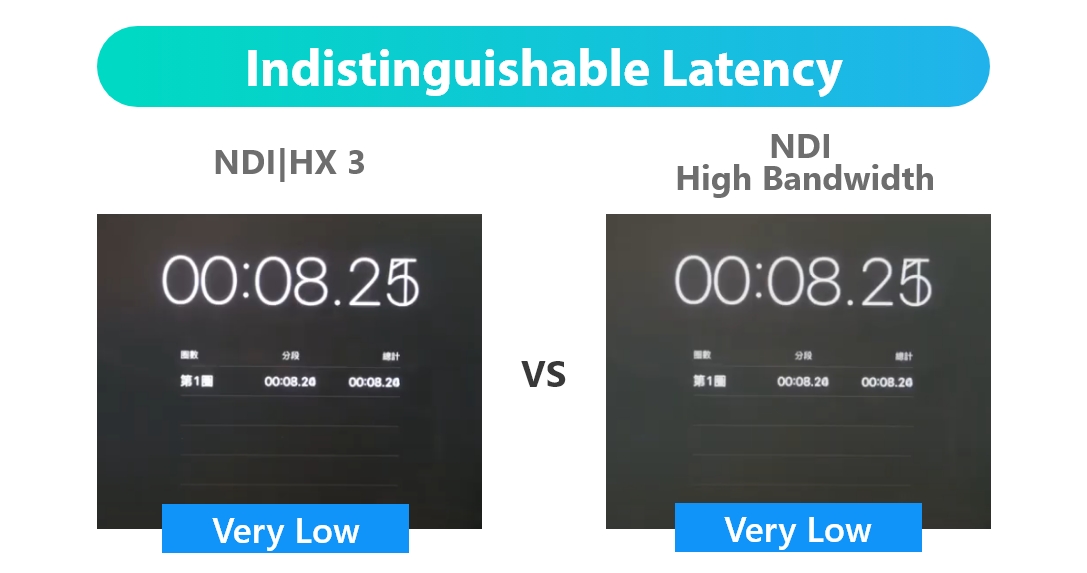 NDI|HX3 delivers the perfect balance of bandwidth and quality. Previously, users appreciated the video quality of full NDI, but many networks were unable to cope with high data rates. Conversely, NDI|HX and NDI|HX2 were ideal in terms of bandwidth, but with a slight compromise in terms of image quality. With the advent of version 3, NDI|HX is suitable for most modern IP networks, but delivers superb video quality with minimal delay.

▶ What does the future hold?

NDI|HX3 is likely to be the choice for the vast majority of users in live events, live video production, AV, conference production, remote production, and streaming. However, NDI|High Bandwidth will still be popular in professional broadcasting where requires very highest quality with and lowest latency. 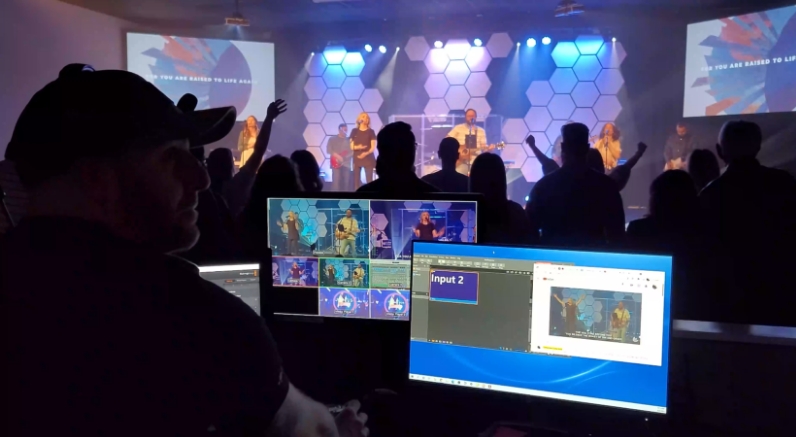 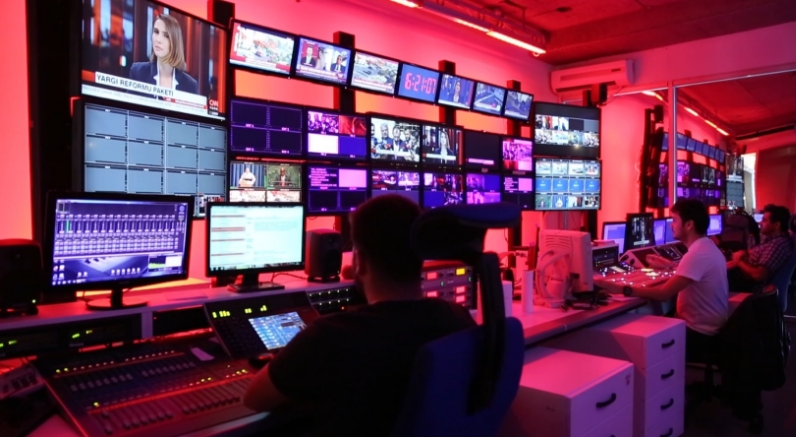