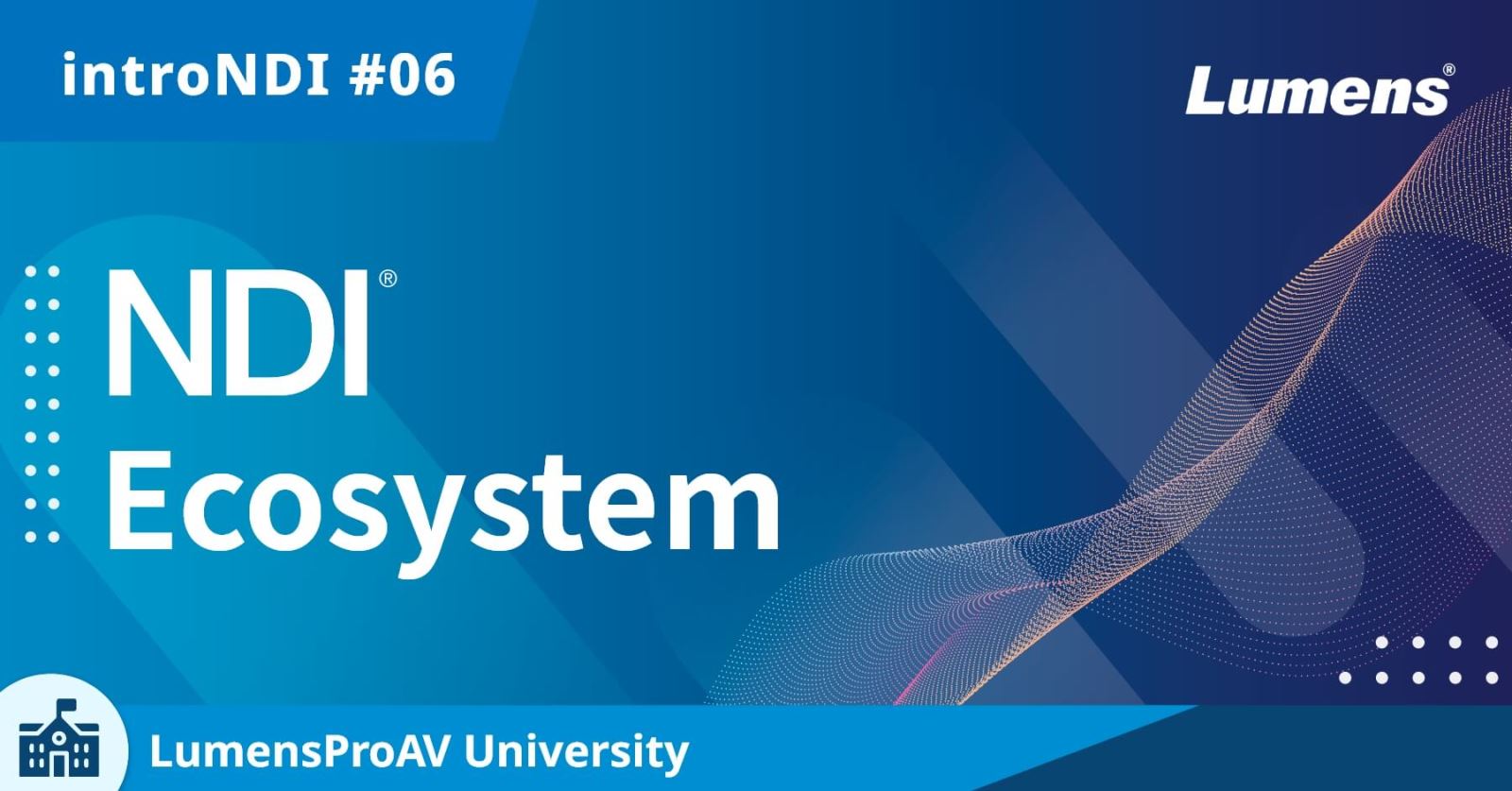 NDI is an open-source protocol for two-way network video and audio signal transmission. The NDI ecosystem makes it easier to instantly connect every device such as PTZ cameras, media processors, and software-based switcher. With NDI technology, you can send high-quality and low latency videos across Ethernet networks and simplify your video production workflow. It's perfect to use in broadcast production and ProAV solutions.

NDI's original vision was to make video production easy for everybody, from program makers to congregations. Dr. Andrew Cross, the creator of NDI, said, "The future of NDI is that anybody anywhere should be able to work with anyone else using videos." The basic concept of NDI was to transport high quality video streams over IP networks in a way that made it simple to add and control video devices on a network. NDI now supports a massive and diverse range of audio and video tools (hardware and software). We call this the "NDI Ecosystem."

What is NDI Ecosystem?

NDI is an open-source protocol for two-way network video and audio signal transmission. NDI allows multiple audio and video devices to:
•    Transmit audio and video to each other in both directions through an IP communication protocol
•    Communicate across a local area network
•    Transmit and receive multiple real-time input and output signals simultaneously.

NDI is available in two main formats – NDI|HX and NDI High Bandwidth. They differ mainly in terms of bandwidth consumption. The HX high-efficiency format operates at low data rates, while High Bandwidth is data-heavy and requires a high-performance network. We will discuss this in more detail in a later chapter.

NDI® Tools is a suite of applications offered at no cost by NDI. You can download it here: https://www.ndi.tv/tools/
NDI® Tools make connecting, monitoring, and sharing NDI sources easier. It makes it simpler to transmit and receive real-time video to and from any location in real-time. NDI version 5.0 includes incredibly powerful tools, such as NDI Bridge, NDI Remote, and NDI Audio Direct. We'll talk more about how each tool work to ease your workflow. 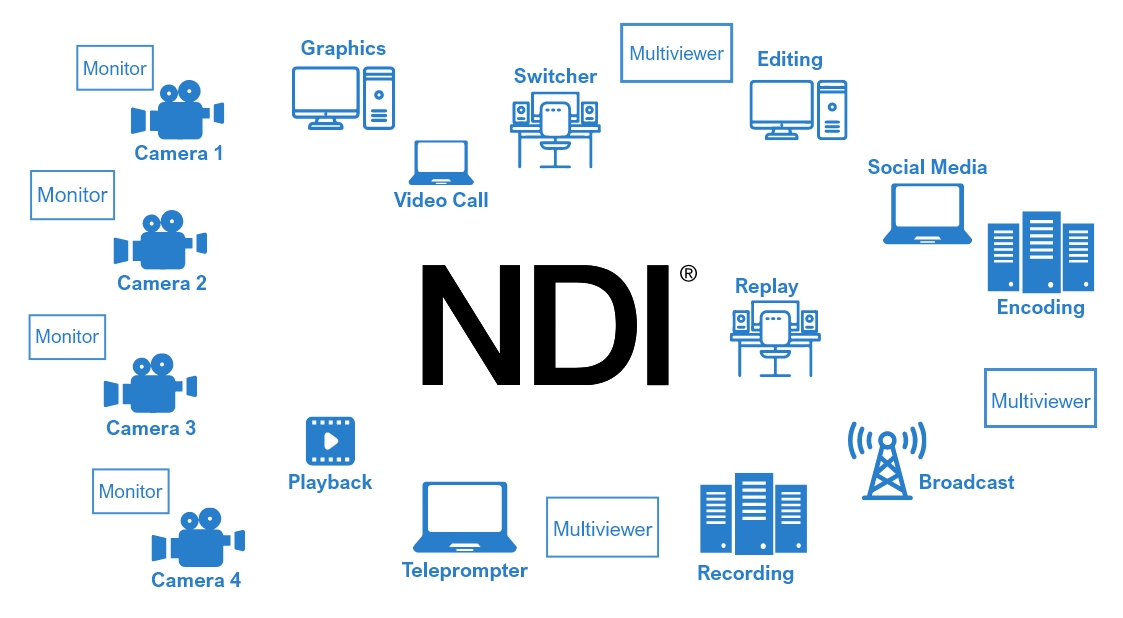