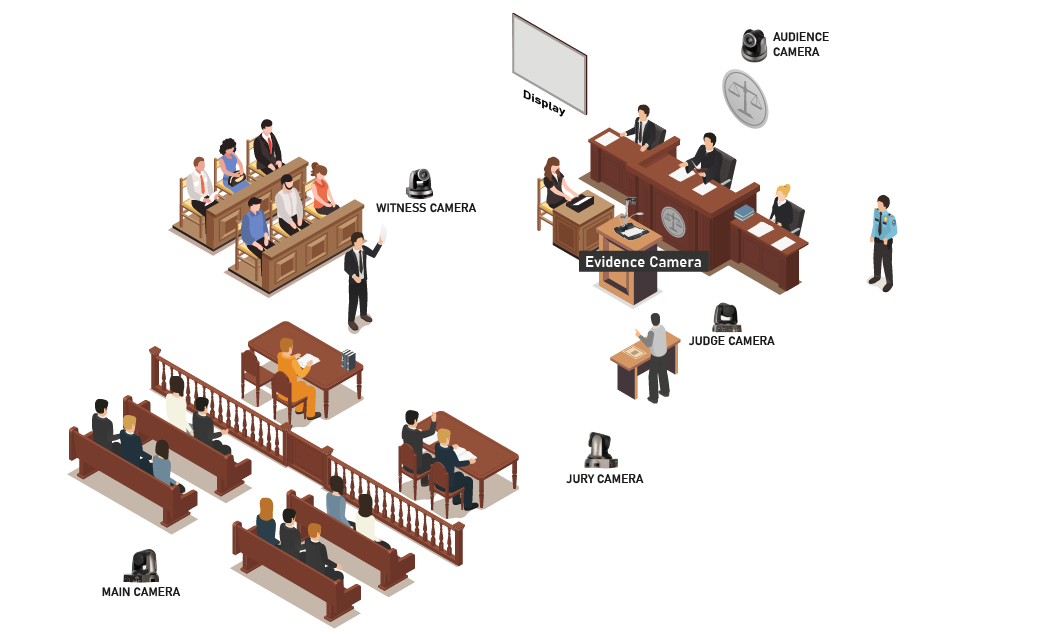 Enhance the presentation of evidence to all stakeholders in the court.

• Large and small format monitors all run through a switch

Recording proceedings is standard practice in most judicial systems. Digital archiving makes it quick, efficient and transparent to review, analyze and report cases.

Integrated with an intelligent control system, cameras will automatically capture the active speaker and display the output on monitors.

• Associate cameras with microphones to enable the audio to follow the video.

Courtroom video recording secures the proceedings for archiving and review.

• Limit access to video recordings according to security privileges

• Play back recordings at the instigation of court officials

• Attendees can participate securely from any location

Side rooms and viewing galleries enable courts to increase the capacity of the courtroom for the public while offering witnesses, friends and family members the privacy they may need during sensitive cases.

• Specific rooms dedicated to the press, the public and security teams

• Isolated rooms for the jury or witnesses 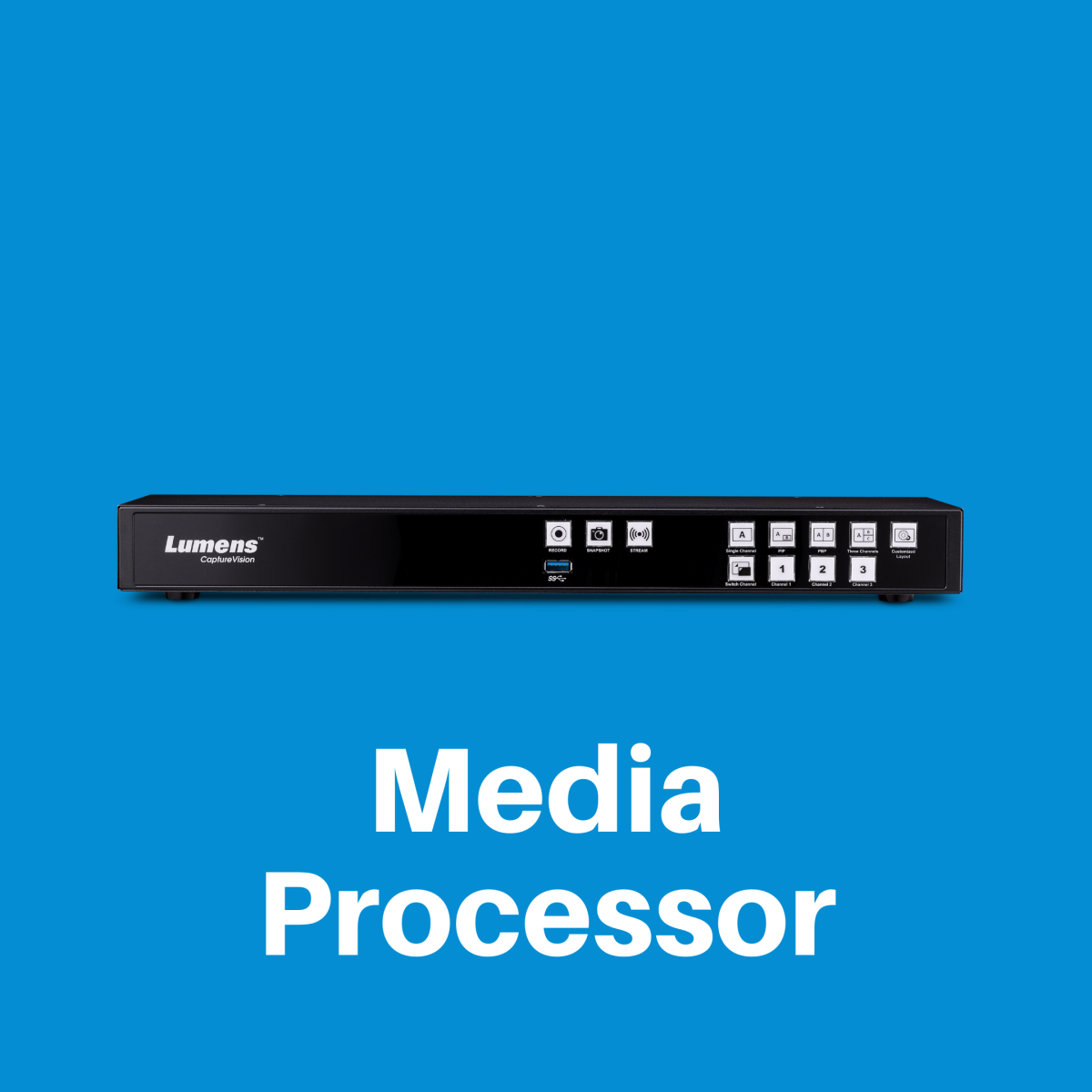 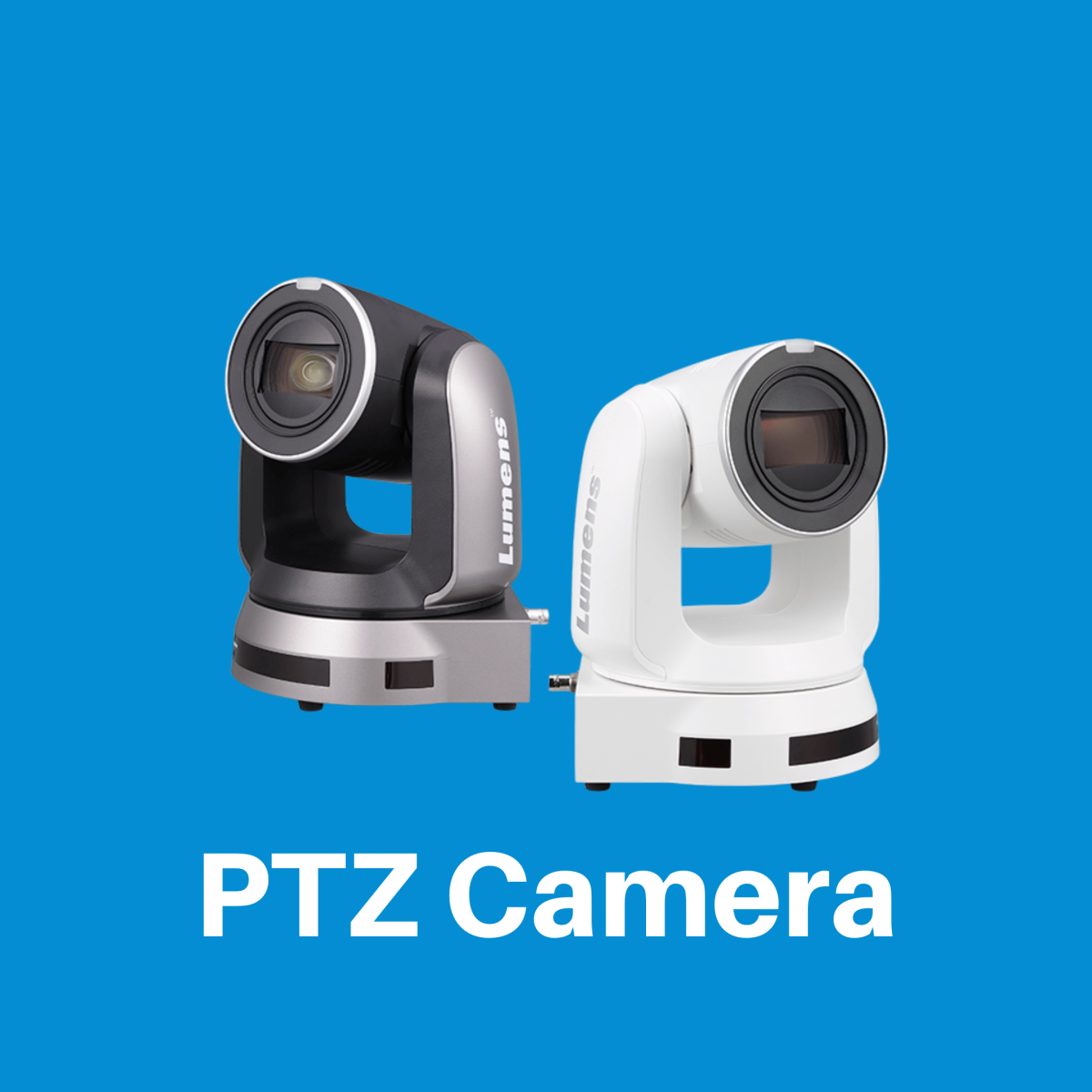 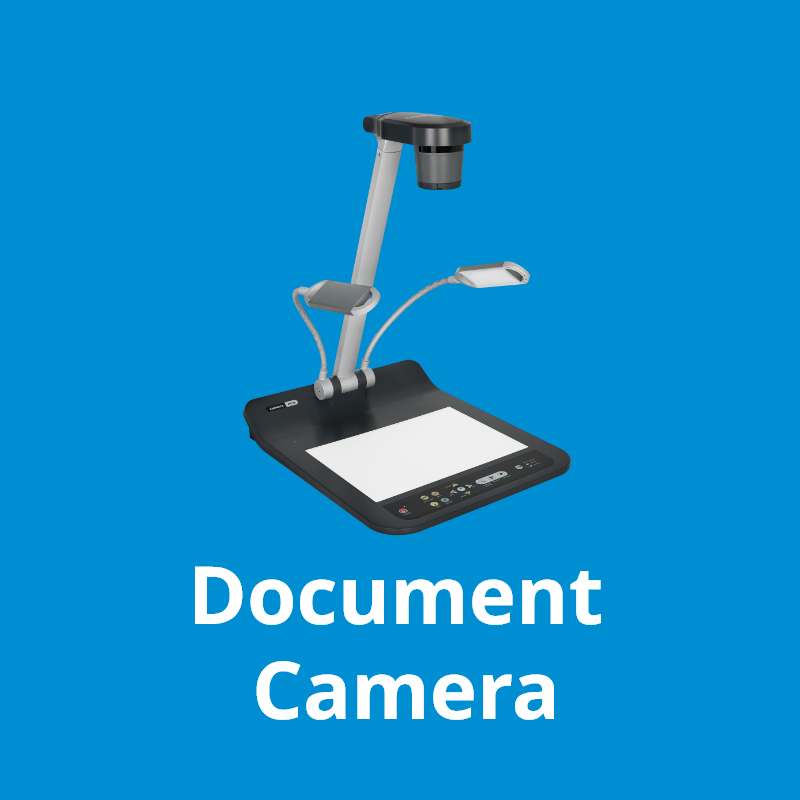 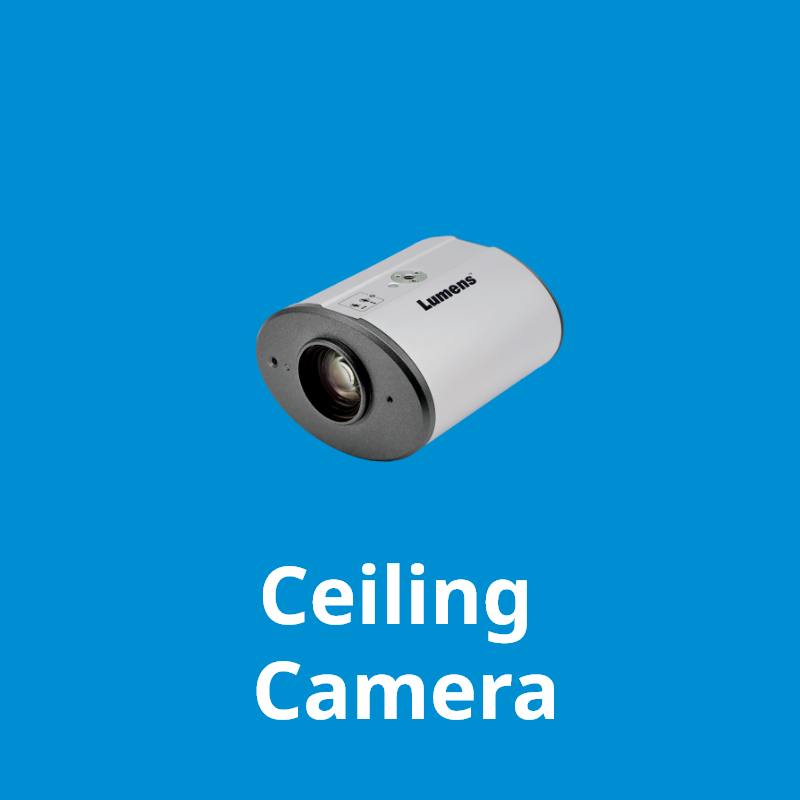 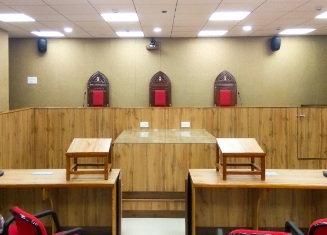 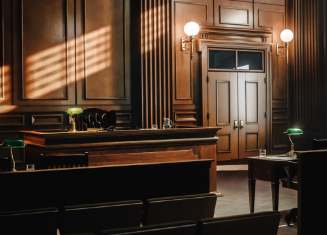